It's been a while.... (Actually almost a year LOL)
The anime progression is quite fast with only 13 episode covered the entire 5 volumes content. (Of course, they change some detail and skip a lot of things.)
If one watched the anime would be known by now that the story shift into another level as the age of airship came into play.

that why I made something for anyone who bored without something to read. 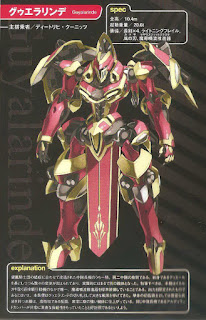 One of the early unit that comes along with the formation of knight order.

The leader unit of 2nd Squad.

A number of customization have been made base on the predecessor Guyale to the point that turns into a different unit.

This unit poss a significant fighting strength above standard if exclude Ikaruga.

Although it has a limited output, it grants a great fighting ability and serves as Guyalerinde's trump card.

This unit can be categorized as strong close combat silhouette knight

It also recognized as a high-performance trait unit as its movement pattern is very head-on clash style, unlike Erledyradcumber, the other captain's unit. 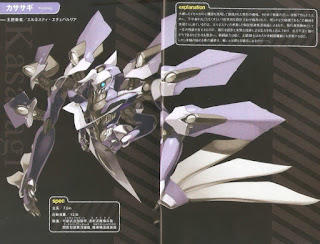 The strange silhouette knight that built from diverted ether reactor of damaged Ikaruga.

Due to the shortage of spare part & supply, the design of this unit is complete abandons the whole lower part.

Although it can be operated in practical use thru Ernesti's floating field generator, it clearly a defected unit.

Even the unit able to perform a certain flying ability, it also cost a price due to its aggressive design and in-complete technology as its often run out of mana as a drawback.

It is a silhouette that will have a hard time even face a magical beast since its combats ability is very low.

However, the true purpose of this unit lies somewhere else than a fighting use.

So the summary afterward is around like this,
They made a fleet of airship>>formation of new airborne knight order>>go went some expedition, boldly go where no man has gone before(The magic beast territory)>>clash with a magical beast>>the fleet retreat back safely but Eru and Ady were left behind enemy line.....>>The duo discover the existence of giant race and save the giant girl from peril >>> A teaser after that.

A little teaser from Vol.7

[..To me, I do not have enough power as a magician. no longer possible to received teaching. I don't have strength....]

The girl raises a fist, reminisce the day that her clan was raid by Crevastier (The Impure Beast) while her clan in crisis, she unable to do anything since she doesn't have strength

[I do not think that it gonna be all right if thing keeps up like this. the magic which uses that weapon. I want to learn it, I want to be stronger]

Eru nod while listening to the serious complaint.

[I see, Understood since it's a member request. As a knight's head, it won't do if I don't lend a power, then let me teach you how to be powerful]

[ei, Ady? The grandmaster alone is not enough?]

[You can't do that, A student is somehow different from a member!]

Ignore the fact that Eru taught the olter's twin in the past, It completely clear whether it's a first disciple or a sisterhood's disciple to Ady. 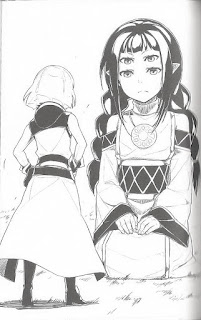 Note : The girl's name is Lamina and Eru already treat her as a member of silver phoenix knight already....

I believe the concept of "Take home" could be applied here since Eru already kidnapped a young girl almost like she was a package. 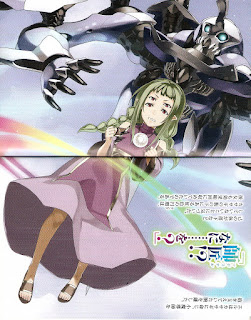 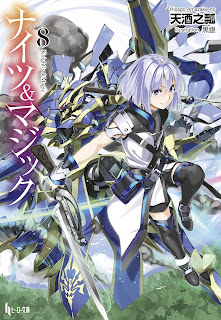 The search for knight's captain arc
Chapter 65 Let gather an enemy of the enemy!
Chapter 66 A Heteromorphic monster along with the sky knight.
Chapter 67 Let decide a goal
Chapter 68 A question to ask & thing to ask

The giant war arc
Chapter 69 True beasts
Chapter 70 An Awakening of destruction
Chapter 71 Demon & Devil, in the sky
Chapter 72 Let go back to our hometown!

PS: I had noticed that someone already takes over the project from sky already still I don't know whether he/she do the job from JP or CN source.

Hopefully that we could co-op since my time also limited and I can't guarantee anything.