Be Advise, this page contain a spoiler content, don't highlight the content if you don't want to be spoiled

and I just updated FAQ, feel free to look and comment. 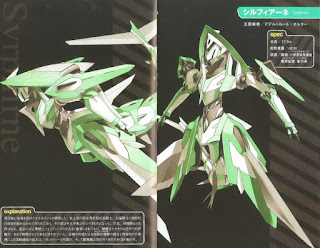 Developed by Eru who got inspired with the flying airship, the very first full-flight silhouette knight in the history. made by combine technology from silhouette knight & flying airship, with the appearance of half human-half fish.  alias, the flying knight. by a large reference from the centaur knight,"Tzendrinble", applied the kinetic behavior had raise the level of cavalry warfare into the air battlefield, it had been said that it look like a rocking horse.

The completion of this unit is greatly expanding the realm of activities region with its mobile ability alongside the established airship fleet as a air combat specialize machine.